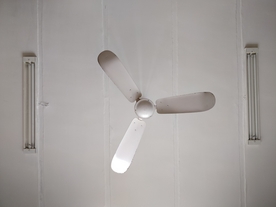 If you have lived in Hawaii for at least 6 months you must have experienced those hot and humid days where you just feel miserable at home. Sitting on the couch watching TV with fans pointing at you and still sweating! They call it the “Kona winds”. It is the winds from the south and is worse than no wind at all. In those times people have difficulties being productive or even relaxing if they don’t have a proper cooling system at home. Call today for a quick ceiling fan installation in Honolulu and Oahu.

Another go to when asking “how to add value to my property” is addition of ceiling fans in the areas that you spend most of the time when at home – kitchen, living room, and bedroom.  We often work with property managers and realtors who confirm that very few people will want to rent a property that does not have at least a ceiling fan in the living room and bedroom. For sales, not having this mechanism set up will not stop anybody from buying a house because it is relatively cheap and easy to install later on. However, it has been proven that if they are already installed, the buyer will be willing to pay more than what it costed you to install it. To further maximize the value of your property you can install a light fixture to.

What Ceiling Fan Should I Install?

These mechanism functions through blades. They differ in how many blades they have, how long they are, and what angle they form with the horizontal. It has become trendy and elegant to have less blades. The combination between the number, angle, and length of blades will determine the efficiency of the device.

What is Better – Ceiling Fan or Regular Fan?

Let Us Power You!

What is the Cost of a Ceiling Fan vs a Tower Fan?

We all know that in general running a fan takes less energy than running air conditioner. For the ceiling mechanism, it averages about 15-90 watts of energy depending on the size of the blade, while small portable devices can go over 100 watts.  Plus you may need more than one fan to cool down a room, while if you have the right  blades in the ceiling all you need is one per room.
If you want to stay cool and comfortable at home while having your electricity bill low at the same time, let us guide you through the perfect solution for your needs. Call us today!

Why Hiring an Electrician and Not a Handyman to Install a Ceiling Fan in Honolulu, Hawaii?

There are many awesome handymans out there that are great at fixing a little bit of everything. And yes, their hourly rate is probably a bit cheaper than an electrician. However, remember that it may take several hours for a handyman to put up a ceiling fan properly, while it will take much less for an experienced electrician such as PRO Electrician Honolulu.

Direction of the Ceiling Fan

The biggest mistake we have seen when going to people’s homes is the direction that the blades are running! Most people don’t know, especially if they did a DIY ceiling fan install. We have found countless costumers running their fans in the opposite direction for years and because that circulates the air up and not down, they were running it at maximum speed (let’s say 6/6) and still not getting much “wind” out of there! Result: they were paying a lot in electricity without much benefit.

Once we teach people how to maximize their blades they realize that the speed 2 or 3 can give their room more “breeze” than speed 6 before changing the direction of the blades! You can imagine the savings in electricity at the end of the month and year! Please don’t be seated under the fan feeling like you need a tower fan, something got to be wrong there! The price of installing a ceiling fan professionally will be saved in your electricity bill within the next couple months if you get it properly done!

If you have a business in Hawaii you most likely can’t handle working there if you don’t have air conditioner. Neither your employees. Despite having A/C, a lot of commercial business still add ceiling fans, especially big spaces with large traffic in store (e.g. supermarkets, restaurants). If fact, combination of A/C and these fans will save you money in electricity comparing with A/C alone.  That is because the air conditioner is the only way to cool down the temperature of the room, but having a ceiling fan on at the same time will help to control the temperature and “relief” the A/C from working so hard. That means you will be able to keep the thermostat higher resulting in decrease cost at the end of the month. 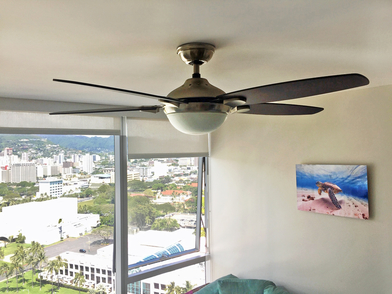 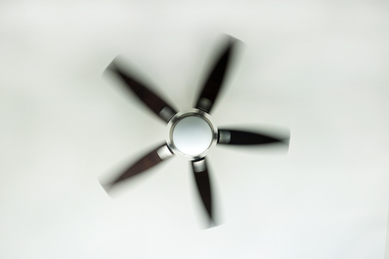 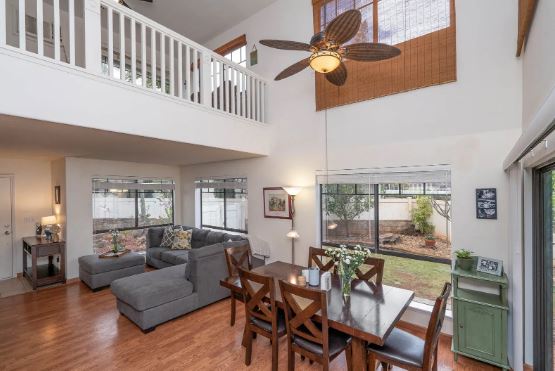